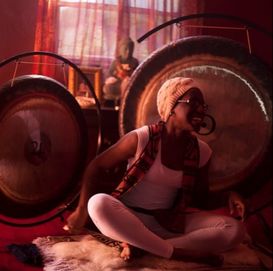 "The Gong is the first and last instrument for the human mind,
there is only one thing that can supersede and command
the human mind, the sound of the Gong.
It is the first sound in the universe, the sound that created this universe.
It's the basic creative sound. To the mind, the sound of the gong
is like a mother and father that gave it birth.
The mind has no power to resist a gong that is well played."
~Yogi Bhajan

​
My gong meditations are offered as a means to experience your Self through meditation and sound. Each class will begin with light yoga and breathwork, to warm up your body and calm your mind as preparation for a seated guided meditation. We end with Neptune planetary gong sound healing while your body integrates in a lengthy savasana relaxation pose. The powerful healing vibrations of the gong are very cleansing, moving through the body, psyche and energy field to move stagnation and emotional blockages, promoting rejuvenation, transformation and inspiration. The gong is a dynamic experience that varies greatly from event to event and person to person. 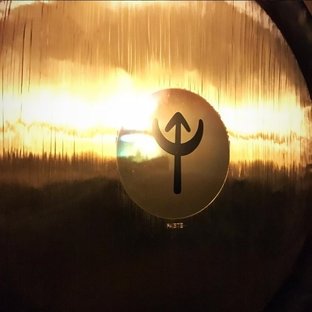 About Neptune Gong
Neptune is one of many planetary gongs and is a gong of imagination and mystical creativity. Associated largely with artists and visionaries, Neptune agitates and animates the creative process - the sense of divine brilliance flowing through us.

"The gong is very simple. It is an inter-vibratory system. It is the sound of Creativity itself.
The gong is nothing more, nothing less. One who plays the gong plays the universe.
The gong is not an ordinary thing to play. Out of it came all music, all sounds, and all words.
The sound of the gong is the nucleus of the Word."
~Yogi Bhajan